Trekking amid the monsoon season considerably bestows an enchanting experience in Nepal. Though fall might be considered as the prevalent season for strolling around the Himalayas however; monsoon is also regarded as an alluring reason for trekking to few pristine rain shadow areas of Nepal. There are few rain shadow areas in the Himalayas, moderately a dry zone on the calm side of mountain ranges which cripples the monsoon, where the trekking is fairly fascinating and of great experience. Trekking trails are less populous and valleys are in sprouts with efflorescence that’s the immense thing about the monsoon trekking in Nepal. You have to be précised in choosing the trekking trails while making the arrangement of trekking in the long stretch of June, July, and August. Some of the most endorsed monsoon treks in Nepal are: 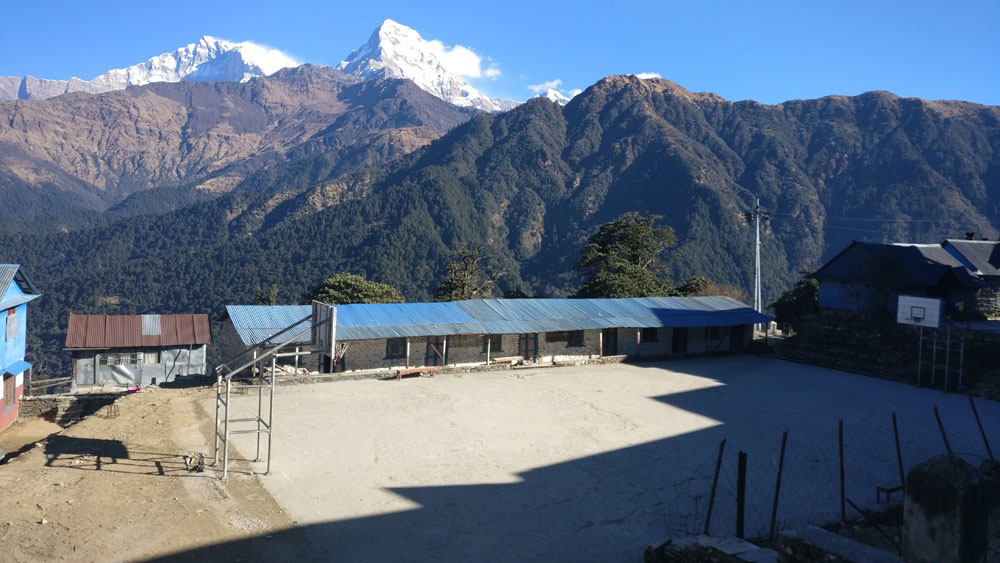 Mustang at lies in the elevation of 3840m in the north-west of Nepal is a confined territory, demanding extra trekking licenses. Mustang is further separated into two part; upper Mustang and lower Mustang. Upper Mustang subsisting in the Himalayan rain shadow of the Annapurna and Dhaulagiri ranges is one of the best destinations in Nepal appropriate for the expedition for any time of the year excluding the winter. Upper Mustang also called the forbidden kingdom has safeguarded the Tibetan Buddhism spread by Guru Rinpoche.  Moreover, the area also holds significant cultural milestones with the parched landscape making the trek more alluring.  Upper Mustang trek begins at Kagbeni and can also be trekked during monsoon season. This desolate landscape is spotted with settlements of whitewashed houses, grain fields, and fluttering prayer flags which add a sprinkle of shading to the scene. “Tiji festival” is the major event attracting tourist here amid monsoon. The festival comprises of Tibetan rituals and it honors the ancient fiction of a son who had to rescue Mustang kingdom from devastation.

The Sarangkot and Dhampus is situated close Pokhara city, and one can do 3-4 days trek in this part midst of monsoon, it rain even in this parts, however, there isn't any risk to trek in this trial even in rain and after the rain, you may have open and clear sky when you can see the considerable Himalayas including the Mt Dhaulagiri, Annapurna and Many all the more, along these lines, we propose you to have this trek in the event that you have vacation just in Monsoon in Nepal.

Chisapani Nagarkot Hike is one of the well-known, short and simple climbing trails around the Kathmandu Valley. Chisapani Nagarkot Hiking offers the astounding mountain landscape alongside enchanting village lifestyle and culture around of Kathmandu valley. The early morning sunrise vista from Nagarkot and also from Chisapani is exceptional on the top of Langtang Himalayas. The Nagarkot Chisapani hiking is an incredible way to get rid of the tumult of the clamoring city and to submerge you in the tranquility of nature. Situated at an elevation of 2,211m above sea level, Nagarkot grants the spectacular vistas of the Himalayas including Annapurna, Langtang, Dorje Lakpa, Gaurishankar, Ganesh Himal and some more. The trek can also be operated during the monsoon. The clear sky after the heavy rainfall is bound to bestow you some of the breathtaking views of the monstrous Himalayas and the diverse landscape.

Situated in the lap of Himalayas, Nepal is renowned for adventure tourist destinations. The capital city of Nepal; Kathmandu, the birthplace of Lord Buddha; Lumbini, popular tourist city, Pokhara and Chitwan is the famous adventure tourism destination of Nepal.

An archival city of Nepal, Kathmandu, being the capital city is the foremost destination of tourist around the world. One can witness the unity of cultural diversity here. Swayambhunath stupa, Boudhanath stupa, Pashupatinath temple and Kathmandu durbar square are some of the best historic sites of Kathmandu which are awe-inspiring to visit during the monsoon season. Without the rush of tourism, you can duly enjoy the vistas. Pokhara also offers some of the joyful treks during the monsoon season. You can hike up to Sarangkot or even do some light boating on the lake, bungee jumping and many more without any tourism rush. Or if you want to explore the wildlife of Nepal then, Chitwan wildlife safari would be the perfect destination for you. You will get a chance to encounter one-horned rhinos, sloth bears, and even the Bengal tigers alongside some rare floras. Likewise, Lumbini; the birthplace of Lord Buddha is the finest spot if you are willing to explore the Buddhism.