Lots of trekkers find it difficult in choosing between the Annapurna Base Camp trek and theAnnapurna Circuit trek. Both the treks are undoubtedly incredible. These treks offer you enjoyable natural sceneries and remarkable mountain vistas.

But if you are stuck in between Annapurna Circuit Vs Annapurna Base Camp trek, find your answers here. And choose one of these two to get the memories of the lifetime.

Annapurna Circuit trek is a trek through much diverse terrain and landscapes. In the circuit trek, you will see mountains at a stone-throw distance. And the impressive cultural and natural variations on the trek are mysteriously attracting.

The circuit trek is a long trek of two weeks or more. But you can only cover a section of the trek in a fewer number of days if you are short in time. The trek is expandable where you can cover a very wide range of sections likewise.

The trek circles around most of the parts of the Annapurna region. Besides the fact that you don’t get to visit the base camp, the trek is a wonderful blend of life experiences. 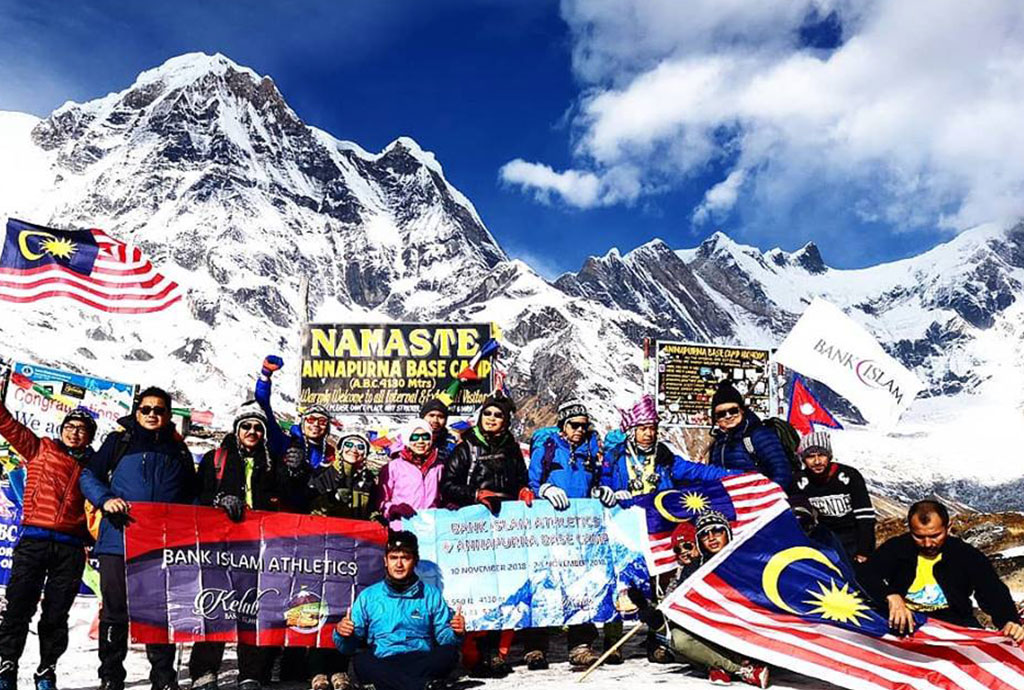 This is a shorter trek as compared to Annapurna Circuit trek. It is possible even in 4 or 5 days if you take a direct route. The ABC trek is more green with lush vegetation. The attractive terrace farmlands and the diverse ecosystems are highlights of the trek. You will see diverse forests of Rhododendrons and Bamboos as well.

On the ABC trek, you will feel close to the Himalayas. The massive Annapurna range is amazing. Walking to the footprint of great Annapurna Himal is an incredible feeling. The trek offers the majestic vistas of Mt Machhapuchhre, Mt. Dhaulagiri, and many more. The views of panoramic mountains are astounding.

The ABC trek includes Ghorepani and Poon Hill trek as side trips. These places offer spectacular panoramic views of the Annapurna ranges and its neighboring peaks. The sunrise view from Poon Hill is a once in lifetime experiences.

Unlike in the circuit trek, you will have close-up mountain experiences during the ABC trek.

Are you planning your Annapurna Region? Don't hesitate to contact us. Tell us your requirements, we can help you to make your trip memorable.

The Popularity of The Trek

The Annapurna Base Camp Trek is the most popular trek in the Annapurna region. The majority of the trekking trail is far from the developed roads and noisy vehicles. The trek is purely natural. Trekkers feel more attachment while trekking into the pristine nature.

The Annapurna Circuit Trek, however, has trails connected by wide roads and vehicles. Trekkers may not feel the serenity they feel like while trekking to the Annapurna Base Camp. You won’t feel like trekking into rural nature far from hustle and bustles of vehicles.

While trekking in the peak seasons, the circuit trek will be quieter. The trail is less popular. Thus, you may not have difficulties finding guest houses for food and rooms.

Difficulty in the Treks 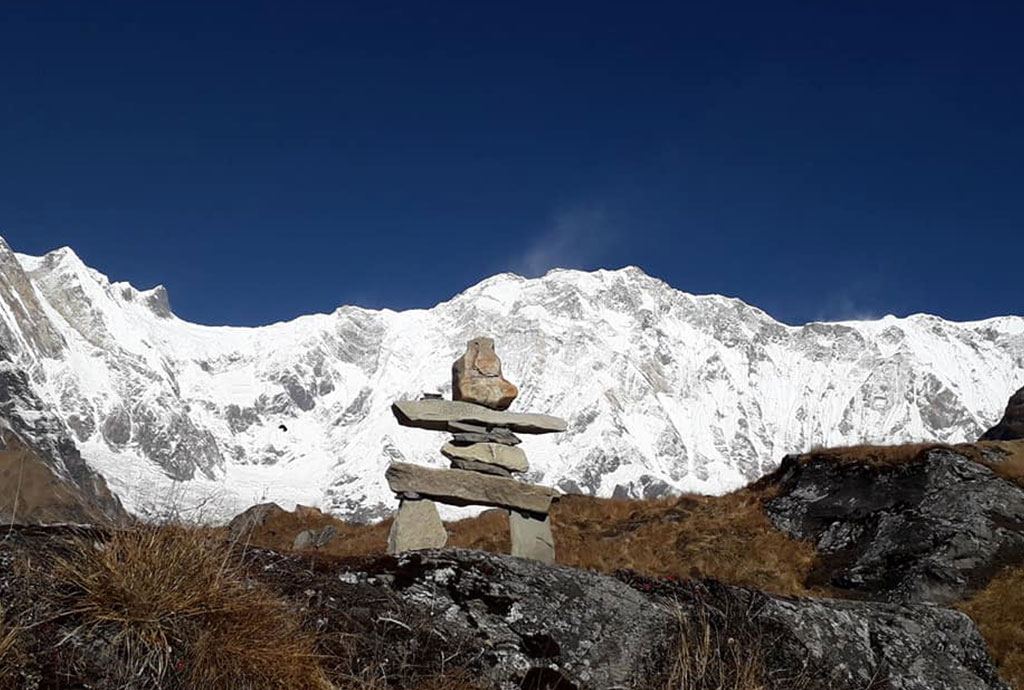 The Annapurna Base Camp Trek is physically less demanding than the Annapurna Circuit Trek. The ABC trek route consists of little flat terrain and lots of ups and downs. Hope you have good knees for the ABC trek.

During the Annapurna Circuit trek, you have to cover a lot of area in a day. The ABC trek is relatively easier because of the lush vegetations and well-maintained trails.

The ABC trek involves climbing 1000+ meters daily for the first four days. However, the climb is more gradual. The climb is around 400-700 meters per day. The climbs and descents are more challenging on the ABC Trek. But the trek duration per day is similar for both the treks.

Both the trails offer immense natural as well as cultural variations. The trek helps you to interact with people of various local communities.

The Annapurna Base Camp Trek passes through more villages that have more tea houses. However, villages are more developed in the circuit trek. Ascending up the trail through hilltop local villages with terraced rice fields is an amazing experience. The locals have their own typical Gurung and Magar cultures and traditions.

The Circuit is a long trek to wider regions. You will see great variations in religions and their impacts on lifestyles. You can also experience a lot of cultural diversity there. You will see many gompas, monasteries, and Hindu temples. And, notice the influence of Tibetan Buddhism in the life of people

Based on culture, difficulty, altitude, geography, and natural views, the Circuit trek is more impressive. It is more diverse and soulful. If you want to experience a lot of the Annapurna region, you will be more satisfied with the circuit trek.

Which Trek is Best for Food?

If you are a foodie, note that the Annapurna Base Camp Trek offers more varieties on the food. Also, most of the trekkers find the food in ABC trail to be more delicious than in the Circuit trek.

The tea houses not just offer ‘Dal- Vaat’ but some continental foods too. Add varieties of hot soups to the drinks. Because the trek route is quite easier with the favorable temperatures for vegetation, you will find more food options in the ABC trek.

Whereas, the deserted and drier terrains of Annapurna Circuit offer less variety on the food and drinks on the trail.

Seven to eight days on the Annapurna Base Camp feels enough to experience the splendid views of the great Himalayas. Though there are lots of villages, most of the villages are the cluster of tea houses and lodges. More days in the ABC trek, and you might feel stressful isolation from the civilization.

It is obviously the Circuit Trek that has more side possibilities than the Annapurna Base Camp Trek. If you have enough time, you can easily spend one month time in the circuit trek.

If you have sufficient camping gear, you can extend the circuit trek. Trek to Tilicho Lake, the highest altitude lake, is one of the most beautiful experience. The Jomsom- Muktinath trail is a pilgrimage site. The place has a spiritual aura as well.

Note that many trekkers add the Annapurna Base Camp trek as a “side trip” of the Circuit trek.

Are you planning your Annapurna Region? Don't hesitate to contact us. Tell us your requirements, we can help you to make your trip memorable.

Climbing thousands of stairs during ABC trek in a monotonous pace can be difficult. But they are definitely better than trekking in the dusty, windy and loud trails of the Annapurna Circuit Trek.

Only 5% (appx.) of the Annapurna Base Camp trek involves a trek in the road. The trek takes you through paved stony paths into alluring forests. However, the circuit trek is mostly trekking on the dusty road( because of the road construction projects). Thus, ABC trek feels more like a trek in solitude than Circuit trek.

Both the treks are moderately graded treks in terms of trekking difficulties. They demand a motivational personality and average physical fitness.

The Annapurna Base Camp trek has lots of steep ascents and descents. A lesser portion of the trail is plain and gentle. The ups and downs are either on the steps or over rugged trails.

Altitude Sickness can be a real difficulty during the circuit trek than in the ABC trek. The trek to Thorong La Pass (5400 m) is physically more demanding. Also, trekkers are more prone to altitude sickness at that altitude.

Allocate proper acclimatization days while scheduling your complete trek. Taking road transport from Jomsom to Muktinath/ Manang may also cause altitude problems. Your body does not get to acclimatize gradually on a quick climb in a vehicle.

You might have knee strains on the steep ascents/ descents on the Annapurna Base Camp trek. Wear knee guards and use trekking poles for the hikes. 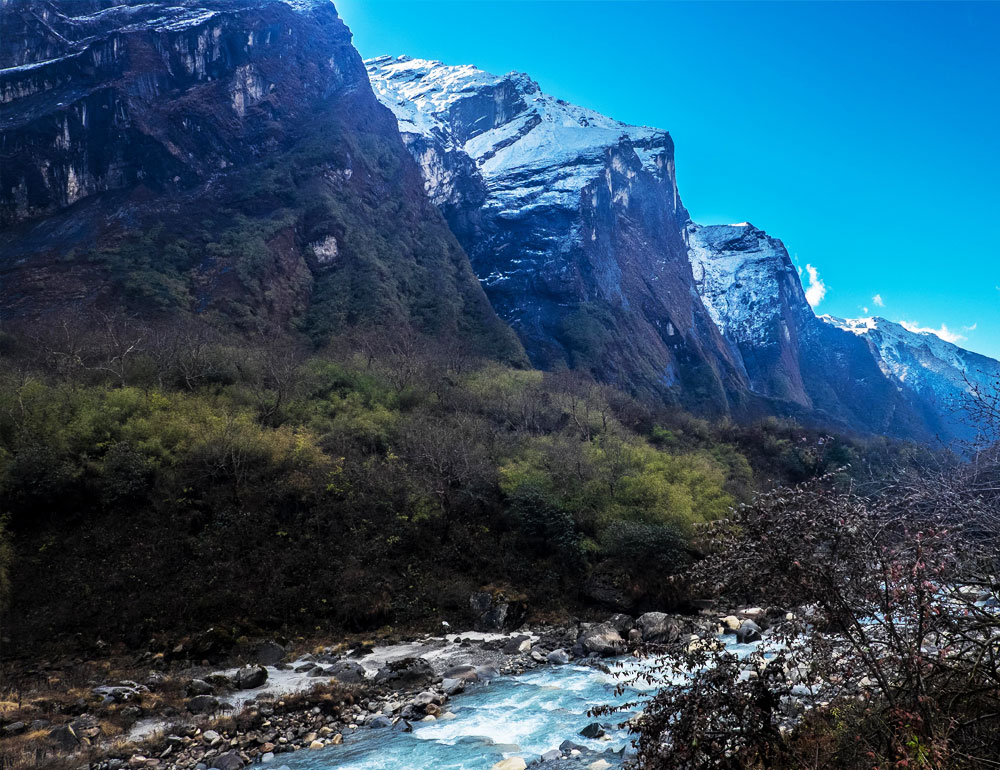 Weather conditions are seasonal. They vary in different places based on how near they are from the mountains.

The Thorong La Pass on the Circuit trek has snow and ice throughout the year. While trekking to the higher altitude segments, pack warm clothing and footwear. The nights and mornings are very cold in such regions.

The weather condition in the final trail leading to Annapurna Base Camp is often unstable because of the closeness to the mountain peaks.

During the monsoon season, you may find it difficult to trek to ABC trails because of the leeches and slippery trails. But since Annapurna Circuit lies on the rainshadow area of Annapurna and Dhaulagiri Massif, you can easily trek into this region in monsoon as well.

The Difference in Trek Cost

The costs per day in the Annapurna Circuit and the Annapurna Base Camp trek is similar. However, it varies depending on where you are.

Annapurna Circuit trek is long duration trek. So, the complete trek cost is more expensive than the ABC trek.

The costs of accommodation, food and drink increases as the place gets more remote. Because the porters, mules or yaks supply/ trade the necessities to the remote places. So, cost increases with altitude.

Most of the trekkers want to hire a porter for the Circuit trek. The trek is a long duration trek. Thus, it is tedious to carry the load and walk every day. Hiring a porter certainly adds a certain cost to the trek.

In both the treks, during off-seasons, you can get the accommodations and foods at lower costs. Sometimes, they provide a room for free if you accept to buy dinner at breakfast from them.

The route is highly diversified. The trek does not include just the pine forests. The landscape changes from plain and steady routes to arid slopes and rough landscapes at Manang. You will not see trees but shrubs, scattered here and there at Manang on the deserted topography. The trek takes you to a challenging walk across the Thorong La Pass.

The ABC trek route can be considered similar in terms of varying terrain and the surrounding vistas. The trek route takes you past several waterfalls and forests as you ascend uphill. You will see most of the alpine forests. The trial is lusher and full of life than the Circuit.

The Annapurna Base Camp Trek has a maximum elevation of around 4,130 m. The maximum altitude during the Annapurna Circuit Trek is around 5,416 meters, (at Thorong La Pass).

With altitude comes the risk of altitude sickness. The risk is less in the ABC trek. Also, the rough terrains at higher elevations might be a lot more challenging due to rough trails and snow-covered trails.

So, if you think you are fit enough to encounter the challenges including the altitude sickness, choose the Annapurna Circuit trek.

Choosing Between the Treks?

We suggest you go for the ABC trek if you have less time and you want to see more of the Annapurna region.

On the other hand, you can go for the Annapurna Circuit trek, if you have enough time for the trek. The trek has many side-trip possibilities.

Both the trek is amazingly satisfying. No matter which one you choose, it makes you want to return for the other.

The experience of trekking into the heart of nature, with just you, the quiet trail, and the lofty mountains. It’s fascinating!

If you are still in dilemma regarding Annapurna Circuit Vs Annapurna Base Camp trek, then contact us. We will help to choose the best trek that matches your preferences and conveniences.