Where is Mount Everest Located? 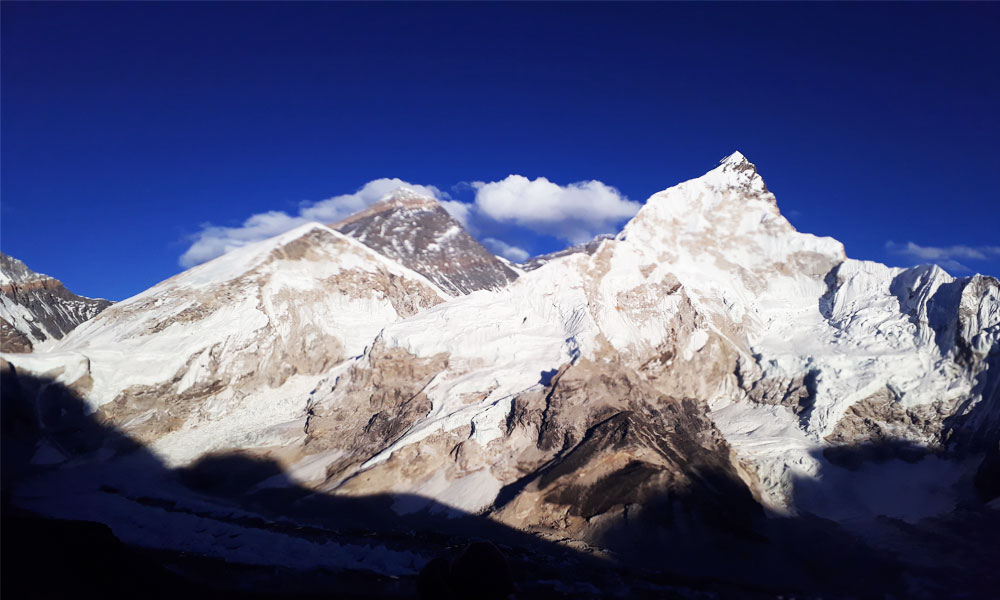 Where is Mount Everest located? This is a popular query among most of the enthusiastic trekkers and climbers in the world. Mount Everest, the highest peak in the world lies in the border between two Asian countries Nepal and Tibet. Everest lies in the Mahalangur Range over Qing Zang Gaoyuan, a Tibetan Plateau.

What country is Mount Everest in?

As we have already mentioned earlier, Mount Everest is in Nepal, a small landlocked country in South Asia. Lots of people get confused about the home country of Everest as it shares its boundary between borders of Nepal and Tibet.

Nepal is not the only home of Mount Everest but of seven other peaks among the ten highest peaks in the world. This fact makes Nepal the country of gorgeous Himalayas.

Everest And Its Names

Everest is a glorious peak. It has different names. In Nepal, people call it Sagarmatha. The word Sagarmatha consists of two words ‘Sagar’ meaning the sky and ‘Matha’ meaning the forehead. This makes Everest means ‘Forehead of the Sky’.

The most popular Tibetan name of Everest is Chomolungma. Chomolungma in Tibet means the Goddess Mother of Mountains in Tibetan. There are some other local names of Everest like Deodungha. Deodhunga means a Holy Mountain in Darjeeling.

All these names were popular before the mountain got its universal name, Mount Everest. Everest got its name after a British Surveyor Sir George Everest.

How High Is Mount Everest?

Geologists say that Everest grows a little taller every year. This happens because of the geological factors like tectonic movements.

Everest is the tallest mountain in the world, 8848 meters, measured from the sea level. Almost every fact about Everest is a topic of debate, and so is it’s actual height. The official height of Everest until 1955 was 8840 meters.

Are You Wondering on How to Get to Everest?

If you’re wondering about how to get to Everest, book a flight ticket to Nepal. Nepal is the gateway to Everest as most of the trekkers and tourists prefer to trek to the Southern base camp of Everest in Nepal as it is relatively easier than the southern base camp in China.

The Everest base camp trekking is the most popular activity among most of the trekkers. Trekking into the remote Himalayas on the southern side is an incredible experience. EBC trekkers in Nepal generally fly to the Lukla airport from Kathmandu. From Lukla, they trek all the way up to the southern base camp of Everest.

If you want to skip the flight from Kathmandu to Lukla, you can choose the classic route to the Everest base camp. This Everest Base Camp Trek via Jiri was the route that Sir Edmund Hillary and Tenzing Norgay used on their first ascent to the summit of Everest.

Mount Everest was first climbed successfully by Sir Edmund Hillary and Tenzing Norgay, a Nepalese Sherpa. They made it to the summit of Everest on May 29, 1953.

You know what? Everest is very good at generating conspiracies. In 1924 a British mountaineer attempted to climb Everest. There still exists the controversy about whether or not he conquered the summit of Everest. Information on his dead body wasn’t revealed until 1999.

How Long Does It Take to Climb Mt. Everest?

The Camp 3 lies on the Lhotse wall. There is a small horizontal ledge where the camp 3 lies. Camp 4 is the last camp reached after climbing through the two rock sections after Camp 3. After Camp 4 is the summit. The summit is steep and snowy.

The number of days required for climbing Mount Everest isn’t the same for everyone. It varies depending on different factors like weather conditions, health issues, and many other things.

As the summit of Everest is directly between Nepal and Tibet, both the countries share the peak. So, climbing Everest is possible from both the southward Nepalese side and the northward Tibetan side.

Climbing Everest from the Tibetan side is more challenging as compared to climbing from the Nepalese side. You can choose to climb from the Northern ridge in Tibet. But keep in mind, the routes are highly challenging. Furthermore, rescue operations are harder to access as the regional disputes and political issues between Tibet and China does not allow helicopter rescues.

Most of the climbers who wish to reach the summit of Everest start their climbing journey from the Everest base camp, 5380 meters. Climbing Everest from its southeast ridge is safer and more secure.

Trekking to The Base Camp of Everest in Nepal 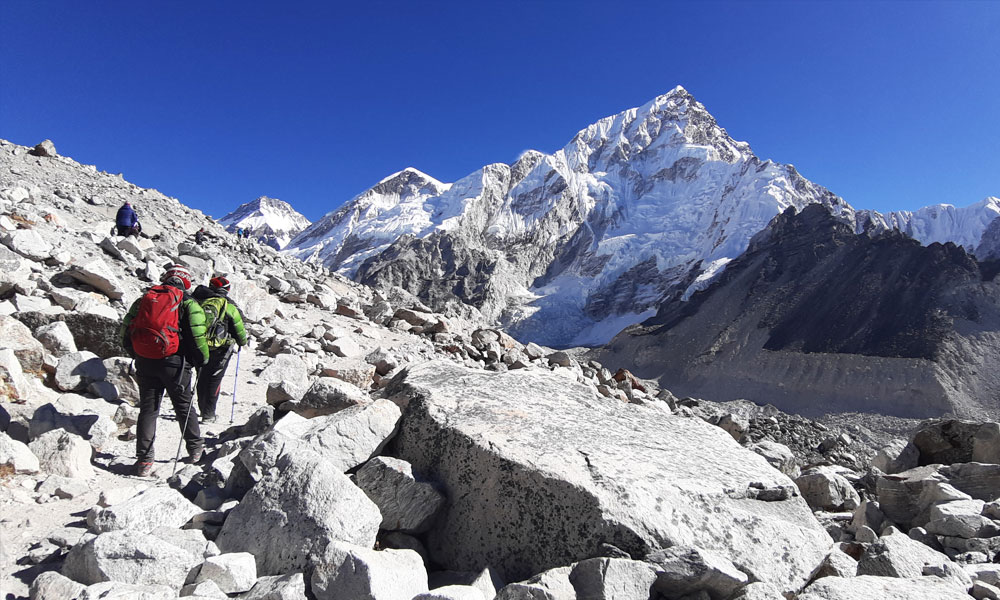 If you are willing to experience the thrill and adventure in Everest, climbing the peak to its summit is not the only option. Instead, you can trek to the base camp of Everest.

The Everest Base Camp is the most popular trekking destination in Nepal. This trek is an adventurous trek that takes you to the footstep of Everest. Besides this, trekking through varying landscapes, visiting the Sherpa settlements, learning about the Sherpa culture and traditions, visiting the precious Buddhist monasteries, etc. are the major highlights of this trek.

According to surveys, there is at least a person who dies while attempting to climb Everest every year. Even though death occurs every year, Mount Everest is not certainly the deadliest mountain.

The region in Everest above 7500 meters is the Death zone. The death zone is the region where most of the deaths occur. Deaths in Everest occurs because of many reasons like frostbite, snow blindness, suffocation, starvation, and hypothermia, and other snow diseases.

In 1996, the deadliest weather caused the death of 15 climbers. On April 25, 2015, the deadliest avalanche in history occurred. During this incident, at least 19 people died at the base camp of Everest.

Can You Fly to Everest?

Flying to the summit of Everest is not possible. However, if you have desires on flying to Everest, you can fly to its base camp. Flying to the southern base camp is available via Everest Base Camp Helicopter tour and Mountain Flight to Everest.

These tours are getting very popular day by day as you can fly to the base camp of World’s highest peak, Mt. Everest in a few hours.

If you want to go on the helicopter tour to Everest with us, let us know. We can arrange the tour at any time of the year. Contact Us.